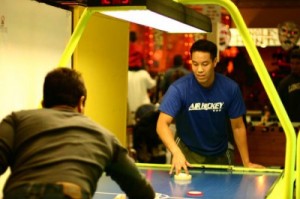 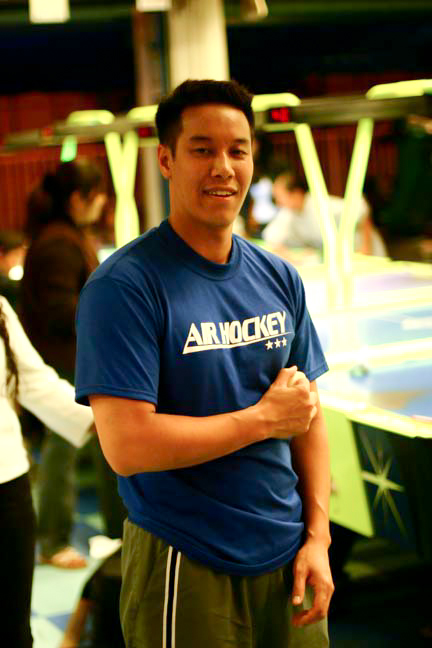 Way of the Puck Coming Soon

It’s been a long hard slog, but we are near the end of it. Way of the Puck, the finest feature film about professional air hockey ever made, will be released on DVD in October of this year.

Pre-orders will begin in earnest in August. Stay tuned…

You have stumbled upon the maiden post for the Way of the Puck Blog. We are quite happy to be out of the editing room and here in the relative civility of the blogosphere! Can you tell? For those skimming, here is the most important takeaway of this initial post:

***WAY OF THE PUCK (the finest feature film about professional air hockey ever made) WILL BE RELEASED ON DVD IN OCTOBER OF THIS YEAR.***

Sorry to use all caps there, but In order to celebrate this release, we are SCREAMING as loud as our keyboards can SCREAM. (Sounds of pounding of table). And so, 3 months early, we are launching the Way of the Puck Blog to ramp up to this release and to try to dig even deeper into the secrets of air hockey. Hopefully many of you will come along for the ride. I urge everybody to subscribe to the WOTP Blog RSS feed for maximum efficiency!

Here is a basic outline of what the blog will feature, in no particular order:

Thanks again for stopping by. We believe quite strongly in our little film–it’s been a real labor of love–and we encourage everybody to support the cause and to spread the word about Way of the Puck. Word of mouth will be key to the movie’s survival, so anybody you can bring into the fold is a big deal, since we are a tiny movie and we can’t afford to rent billboards on Sunset Boulevard!

Please check out our Facebook page, Twitter feed, and trailer on Youtube. The website will be active in a few days. Links are available in the rightmost column of the blog. And leave a comment if you are so inclined…. we’d love to hear from you!