By: The ManagementCategories: News

I’m pretty sure this means “Danny Hynes is an eight-time world champion,” if my remedial high school German serves correctly. The Germans do compound nouns as well as the Japanese do compound verbs — that is to say, brilliantly —  and WELTMEISTER sounds pretty freakin’ great for a title if you ask me.

Yes, fearsome 8-time champ Danny Hynes was featured recently in an Austrian sports glossy called, well, SPORT. Probably one of the most brilliant defenders of the modern era, Hynes also has a varied attack that combines brutal straights and unders with delicate off-speeds.

He also has superb Hand-augen-Koordination!!!!

Babelfish does a decent job decoding this article; any German-speakers out there to help with the subtle bits?

Click on the images below for a full-sized scan of each page! 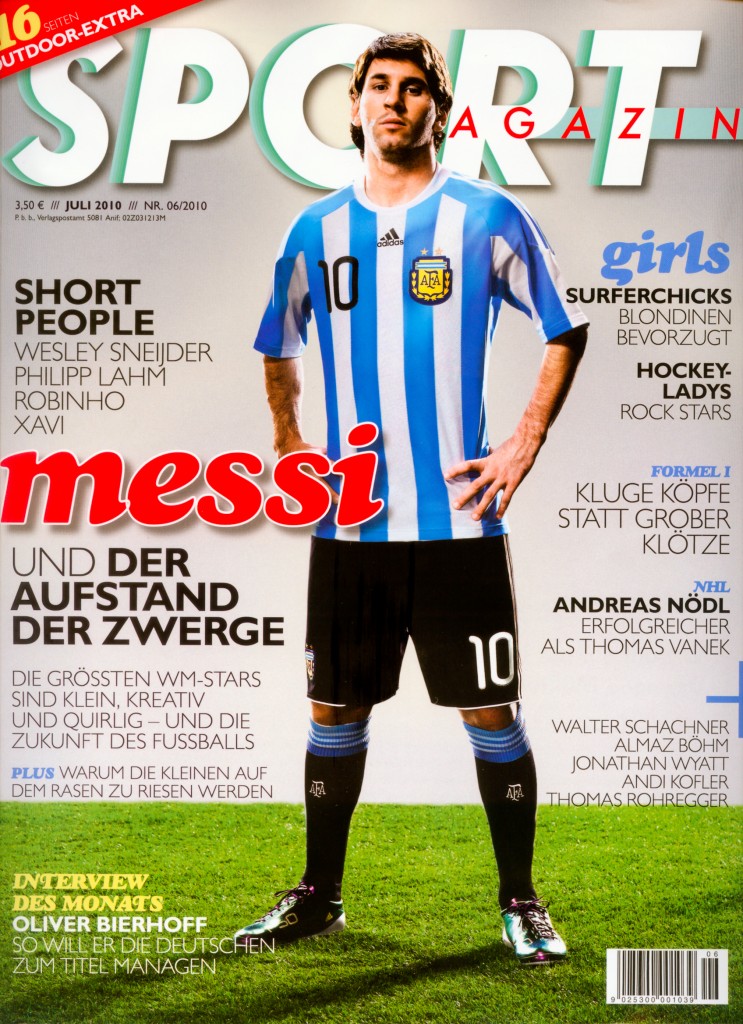 This is Argentine futbol star Lionel Messi, not Danny Hynes. But the title by his elbow says “Hockey-Ladys Rock Stars” which sounds promising! 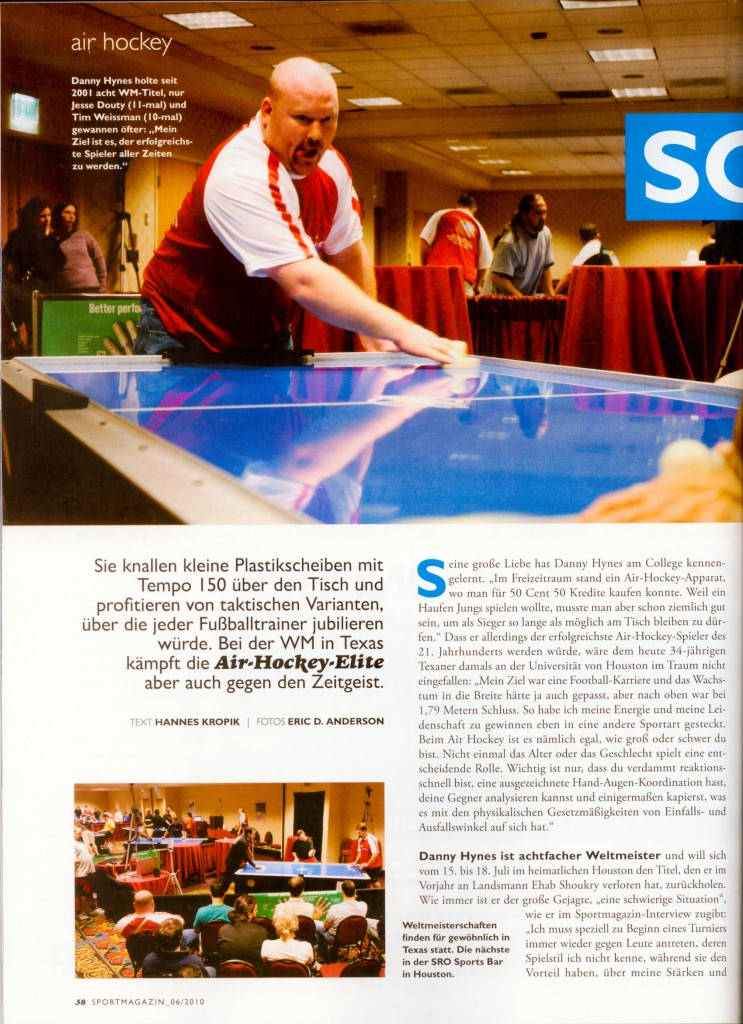 Hynes licks his chops as he slaughters another victim… 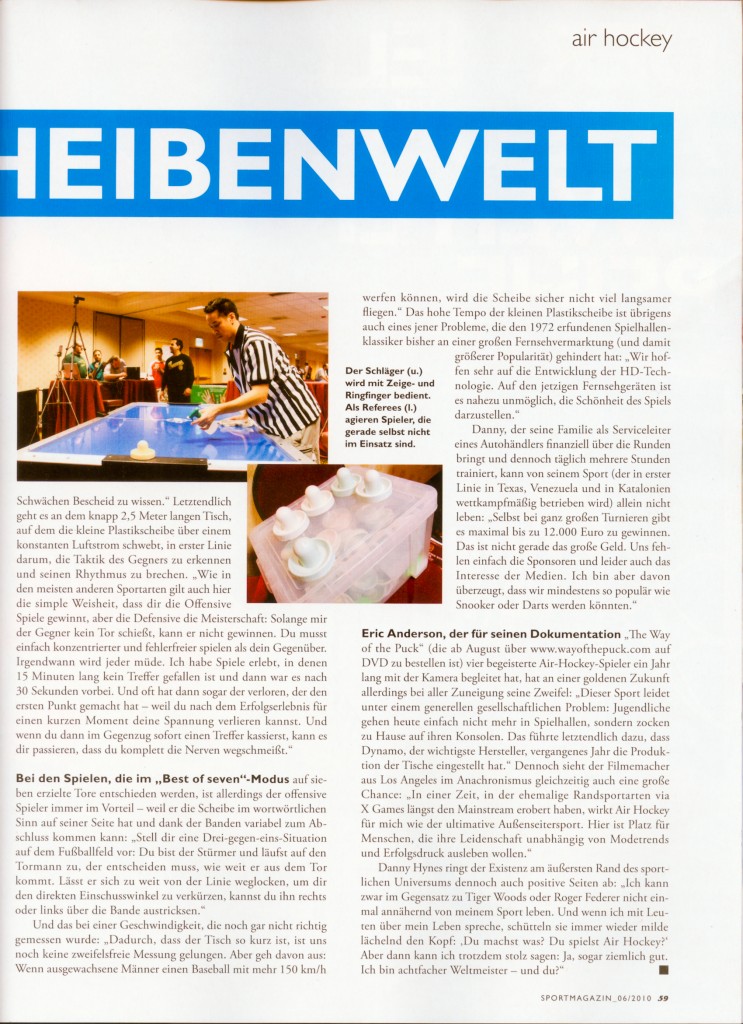 Two images downloaded from Hynes’ optic nerve (a bin of random mallets and a table being scrubbed of blood and sweat (well, sweat…)

← Match.com Circa 1980
→ My Cousin’s Kid Interviews the Beast From the East