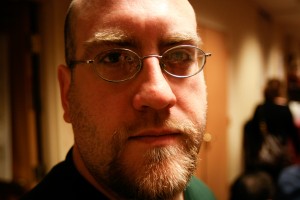 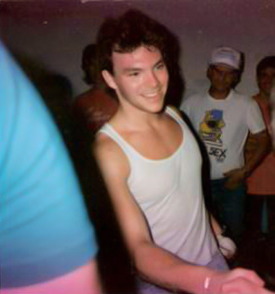 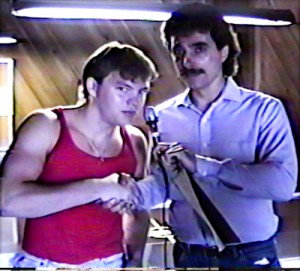 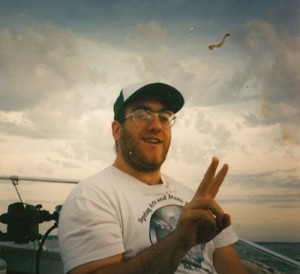 By: The ManagementCategories: Most Memorables 4 Comments

In many ways, two-time World Champion Wil Upchurch is the perfect embodiment of all things that make air hockey players…well… air hockey players. Outsize in both personality and proportion, Wil is cheerful, raucous, intelligent, powerful, and opinionated—part gamer, part athlete, part non-conformist, and all animal when he steps up to the Table. Wil is nicknamed the Juggernaut for good reason; when he gets up to speed he is not unlike that humongous spheroid rock at the beginning of Raiders of the Lost Ark that crushes everything in its path—except he’s hairier. And sweatier.

We asked Wil to talk about his favorite air hockey moment in his long and storied career. This is what he said.

The year was 1991 and I was just a young upstart air hockey player, though one that had already achieved a fair amount of success. I lived in Dallas, Texas, where I practiced with my friends and occasionally got to test my skills against two of my air hockey heroes—Paul Marshall and Mark Robbins—the two men who had introduced me to the sport. 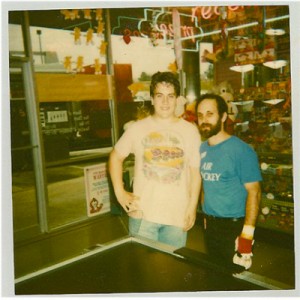 Being from Dallas, I lived outside the air hockey Mecca of Houston, and could only imagine going to Colorado or Philadelphia to play against the greats that resided in those places. I was on the outside, looking in. Being a teenage boy with somewhat… esoteric… tastes in hobbies and interests, I felt on the outside of pretty much everything else as well.

There was a song on the radio that summer by a new artist named Seal. It was called “Crazy,” and I didn’t care for it at all. It played over and over again on the radio as I drove down to Houston for Vince Schappell’s Houston City Classic. What I wouldn’t have given for an iPod. But I endured it, and arrived at Green’s Gameroom in Memorial City Mall ready to live up to the high expectations I had set by placing third in the Texas State Championship earlier that year. The same doubts that plague me even now crept into my mind, those that said, “they all know you’re not that good” and “they all know each other, you’re here alone.”

Crazy yellow people walking through my head… One of them’s got a gun, to shoot the other one. 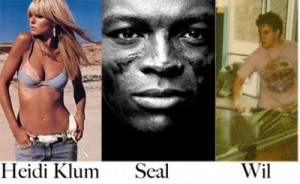 Though the Old Guard had welcomed me into the sport with open arms, the young players had not been so kind. It wasn’t so much that they were cocky—boy were they cocky—but that they were close to my age, and they were better than me. And they knew it. “Green’s Wolverines,” their shirts said. Shirts that marked them as together. As something special. Their de facto leader was Tim Weissman, air hockey wunderkind, who by that time was on a winning streak of a dozen tournaments or more. He seemed untouchable, unapproachable… especially to an outsider like me. 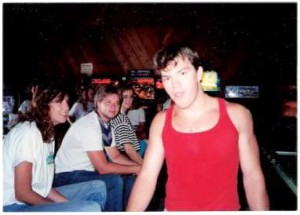 So it was that I arrived at Green’s on Saturday morning, ready to get inside and start warming up before the tournament began. As I pulled my air hockey bag out of the car, I heard that damn song echoing across the parking lot.

No we’re never gonna survive, unless… we get a little crazy…

I turned to see who was blasting it out their open windows, and it was a little red sportscar pulling into a space right in front of the arcade. I’d had to park several rows away. The person inside the car had the gall to just sit there jamming to the song while those of us on the outside suffered. As the door started to open, I thought to myself, Oh good, it’s stopping. But in fact it kept playing, even as the driver of that sportscar, none other than Tim Weissman, emerged. 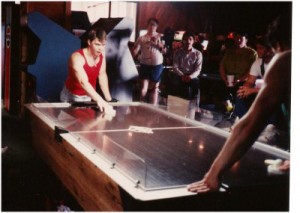 Of course, I thought. He drives a sportscar, has a hot girlfriend, wins twelve tournaments in a row, has a great group of friends that whip me on the table every time I step up, and he likes that damn song. I never felt more like Ralph Macchio than I did at that moment. At least air hockey didn’t involve getting my leg swept…

…to be continued: Can Wil defeat the Cobra Kai, or will he scurry back to Reseda? (Dallas, I mean.) And what about Elisabeth Shue?

There is plenty of weirdness going on in this picture. Discuss. 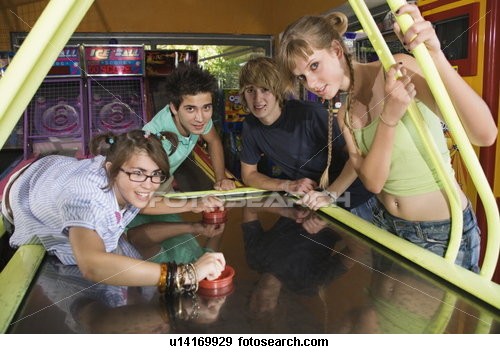